Robert Iwanicki is a certified professional coach from Germany, holding an UEFA A License. As a teenager, he participated in the youth training program of FC Schalke 04. He played for several amateur clubs in Germany, before joining Red Lions FC in Taipei. With the Red Lions, he won the Taiwan Foreigner’s Cup in 2005, scoring the only goal of the final in extra time. In 2011, Robert was chosen as chairman of the OTPL (Expats Football League in Taipei) and ran the league for almost 2 years. Most recently, besides Royal Blues Taipei FC, Robert is the head coach and founder of the Formosa Football Academy and head coach of Titans Sports Club Taipei. 2018 one of his players was chosen as Taiwan's delegate for the "Football for Friendship" even in Moscow.
In 2015/16 he was part of the Taipei Elite system for U12 and 2019 he was appointed to be Taiwan’s U14 National Team coach. 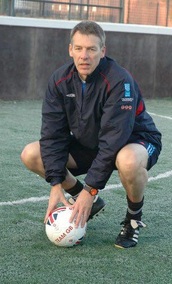 Anthony Hewitt holds an English FA level 1 coaching certificate and in his youth played most of his football in the Essex football Leagues. Anthony gained senior football experience when invited to train and play for Tilbury FC in 1972 where he was selected to attend trials for Colchester United(Then a Football League team) His main work career in Engineering Construction gave Anthony the opportunity to travel around Europe and South East Asia where he participated in the Taiwan leagues, cup competitions and football tours.
In 2000 Anthony joined the Red Lions Taipei football club where he also served as Club Chairman until 2005.
In 2002 he was invited to join a representative team, the Taiwan Lions who participated in the Hong Kong International 7 a-side tournament. The team played against present and ex professional footballers from the English and European leagues.
In 2006 he was involved in the creation of a Taiwan football touring team, the Taiwan Mongrels that consisted of Taiwan expats from the football communities in Taiwan and other South East Asia countries. 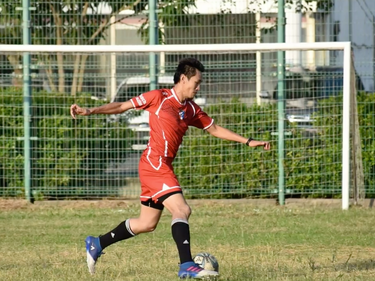 James have a MSc degree from South Korea’s KAIST and is a software development manager by day. He earned his AFC "C" Coaching License after successfully passing a course in 2018. He played football since he was 10 until university where he participated at varsity level. He is very experienced in organizing football leagues and cup events. James also functions as a team manager and still plays in a social football team (TAFC) which participates in a local Sunday league.